You can download the presskit (without videos) here. For videos, please scroll down.
truberbrook_presskit_2018-08.zip (44mb, English / German)

Synopsis
»Trüberbrook« is a thrilling mystery adventure game set in rural Germany in the late 1960s. The player takes the role of young american physicist Tannhauser, who happens to end up in the eponymous village of Trüberbrook, an ageing but beautiful health resort somewhere in the densely forested countryside of West Germany. Tannhauser, while working on his PhD thesis, comes to Trüberbrook seeking to crack a tiresome mental block. But something in this town seems strangely spaced out, as the superficial german homeland setting gradually evolves into a puzzling sci-fi mystery.

Story
We write the year 1967. While the world policy is marked by the Cold War, Vietnam and the Sixt Day War, Russia and America are racing to the moon. At the same time the shooting of Benno Ohnesorg is the beginning of the West German student movement. In the big world, there is a lot of turmoil, but most of the people are unaware of things happening in small, dreamy, german provincial cities: Hans Tannhauser, an American student in his late twenties is surprised: he wins a trip to a small, german village: Trüberbrook. Truber-what? No Idea! And that he took part in a profit-play, he can´t really remember … But since he is quite well suited to get some distance from his dissertation in quantum physics, he makes his way to Trüberbrook, Germany, full filled of curiosity.
Tannhauser receives his lodging in the Pension Waldeslust, a charming hostel on the village square. But shortly after his arrival mysterious things happen: some documents disappear from his room, someone seems to have broken in. Somebody is also trying to get in touch with him – But who?
Gradually, he gets to know the villagers and spa guests, but one is stranger than the other. Only the young scientist Gretchen, who also spent a research trip to Trüberbrook, seems normal to him. But before he knows it, Gretchen takes him on a great adventure. And before he can make a clear thought, it becomes obvious that it is perhaps not accidental that he is in Trüberbrook – he is there to save the world!

Style
One of the most distinctive features of the game is it’s unique visual style: The whole scenery and all backdrops will be build as real miniature scale models, captured with a 3D scanner, digitally polished and then blended with animated characters, visual effects and set extensions.

Gameplaywise, »Trüberbrook« is a somewhat classic point-and-click adventure game with a modern approach.

Mood and atmosphere of the game are inspired by TV series like »Twin Peaks«, »The X-Files« and »Stranger Things«. The game mixes German folklore with a gripping sci-fi storyline, covering universal themes like love, friendship, loyalty, rootlessness, self-discovery and monster hunting. 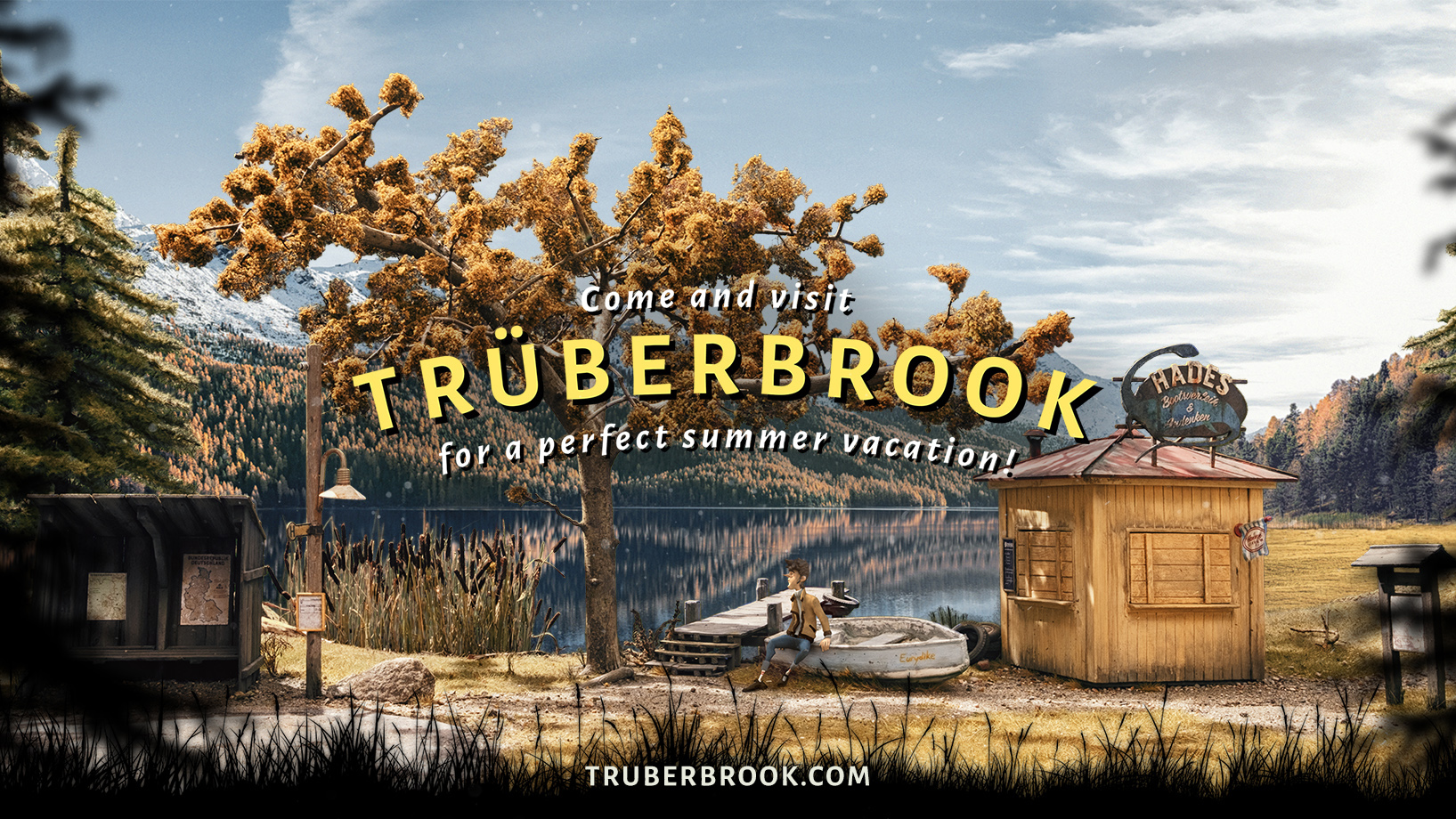 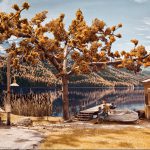 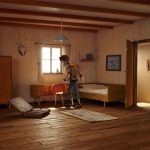 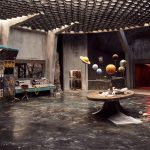 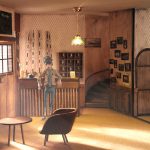